The Xiaomi Mix Fold 2 has launched in China just days after Samsung announced its next generation of foldable handsets, with Xiaomi looking to gain an advantage over its competition with a slimmer design, bigger displays, and a more cheaper price.

The Mix Fold 2 has several improvements over the original Mi Mix Fold released last year that go beyond dropping the Mi branding. The Fold 2 is powered by Qualcomm’s latest Snapdragon 8 Plus Gen 1 SoC flagship chipset, with 12GB of RAM and several storage options starting from 256GB to 1TB. It also features an improved hinge and comes in either gold or black.

Xiaomi’s foldable features a triple camera setup with a primary 50-megapixel camera, a 13-megapixel ultrawide, and an eight-megapixel telephoto with 2x optical zoom. There’s also a 20-megapixel hole-punch camera in the front for selfies.

Xiaomi’s announcement comes after Samsung launched two foldable device of its own on Wednesday — the Galxy Z Flip 4 and Galaxy Z Fold 4— which will create some much-needed competition in the foldables market if the Mix Fold 2 ever ships to markets outside of China. One way that Xiaomi is trying to get a leg up over its Korean rivals is its claim that the Xiaomi Mix Fold 2 is the “world’s thinnest foldable phone.” At just 5.4mm, it shaves almost 15 percent of the thickness off the 6.3mm Samsung Galaxy Z Fold 4.

However, Samsung’s flagship offering includes a useful Flex mode (Samsung’s terminology for applications automatically reorienting to fit a folded screen) and IPX8 water resistance, two features that the Xiaomi Mix Fold 2 lacks. Nonetheless, Xiaomi’s 4,500mAh battery capacity is slightly larger than Samsung’s Z Fold 4’s 4,400mAh battery. The Mix Fold 2 also supports 67W wired fast charging, with the brand claiming a full charge in 40 minutes, whereas the Z Fold 4 only supports up to 25W fast charging, with Samsung claiming the handset can achieve up to 50% of its battery capacity in 30 minutes.

If those prices hold for an international launch, Samsung could finally face some serious competition in foldables, particularly in price-sensitive markets like India, where Xiaomi already holds the No. 1 market share and Samsung has fallen to fourth, according to IDC. 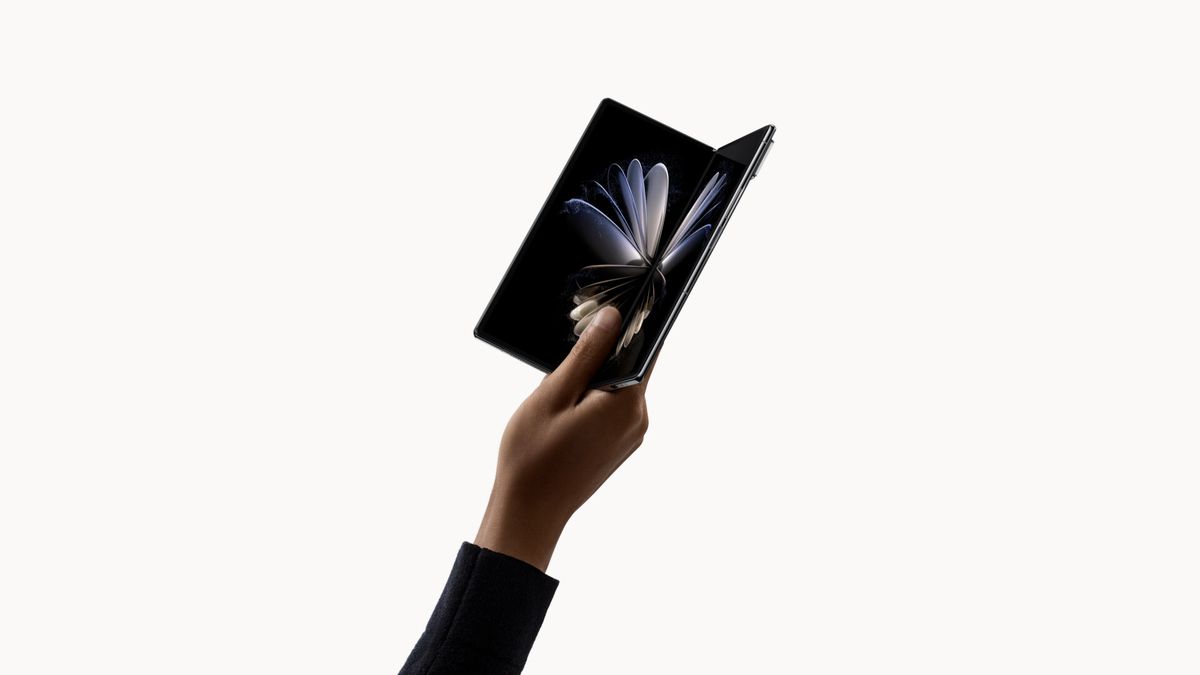 Given the lack of a competitor to Samsung’s Flex mode, you probably won’t want to hold the handset half open like this. Image: Xiaom